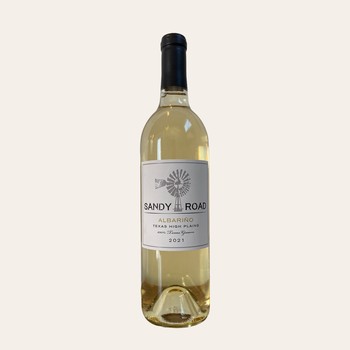 The variety is often made into a lightly sparkling Vinho Verde wine in Portugal, which is commonly labeled varietally to distinguish it from the usual Louriero-based Vinho Verde blend. Here, the variety is known as Alvarinho.

The variety is high in acidity, and can be produced as a light white wine or in a fuller style, with oak or lees aging adding to the texture and richness. A marine characteristic from the nearby Atlantic ocean is often discernible, sometimes manifesting itself as a slight salinity, which makes Albarino a perfect food wine.

Albarino is native to the area in the northwestern corner of the Iberian peninsula, but it is not clear on which side of the border – as it is planted widely on each side. In Spain, Albarino constitutes more than 90 percent of the grapes planted in the Rias Baixas area, where the complex mesoclimates within this DO signify the many different sub-regions and variations between vintages and vineyards.

In Portugal, Alvarinho Vinho Verde wines are sometimes bottled with a certain amount of carbon dioxide, resulting in wines that have a light, sparkling sensation in the mouth. They were the first Portuguese wines to be widely labeled and recognized by their varietal name, and the growth in their popularity has supported a boom in availability and price. These wines are usually intended for early consumption.